Feature: From Yankees to Red Sox

The Yankees and Red Sox have been in competition for players for a long time. Even when there is a player that one team does not want, they tend to make things difficult for the other team to get him. Recent examples include Carl Crawford, Cliff Lee, and others. The teams have also often signed players away from the other team. The Yankees have had a bit more success than the Red Sox in this regard, taking Johnny Damon and Wade Boggs away from the Red Sox in the last twenty years. Some Yankees players have left that team to join the Red Sox, and here are some of the most recent such players: 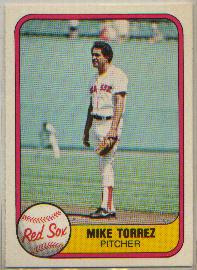 MIKE TORREZ
Mike Torrez was a Yankee for part of one season, in 1977. He was part of the purge of the Oakland Athletics and was traded to the Yankees for Dock Ellis and a couple of other players. Torrez turned in a fine season, going 14-12 with a 3.82 ERA and 90 strikeouts. After the season, Torrez signed a free agent contract with the Red Sox and spent five seasons for them. His first two seasons were his best as he won 16 games in each of them. Unfortunately, injuries took their toll. Torrez delivered the pitch that Bucky Dent hit over the Green Monster to take the one game playoff in 1978. 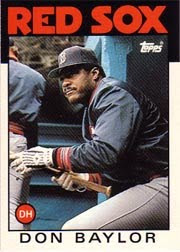 DON BAYLOR
Prior to the 1986 season, the Red Sox and Yankees traded designated hitters with the Red Sox sending Mike Easler to New York for Don Baylor. Baylor was pretty good in 86 as he hit .238/.344/.439/.783. Baylor crushed 31 home runs and drove in 94 runs. He was also wildly popular in the clubhouse. Easler put up a better slash line, but less than half as many home runs and fewer RBIs. 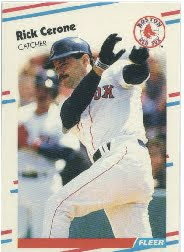 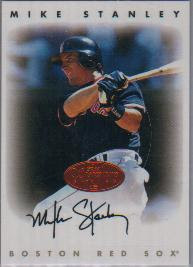 MIKE STANLEY
Mike Stanley won a Silver Slugger for the Yankees in 1993 after hitting 26 home runs and was an All Star in 1995. In 1996, Stanley joined the Red Sox and had a great year as the Red Sox catcher. He hit .270/.383/.506/.889 with 24 home runs. In 1997, Stanley also played first base and designated hitter and was again putting up big numbers. He was traded back to the Yankees late in the season for Jim Mecir and Tony Armas, Jr., who was later packaged to the Expos for Pedro Martinez. Stanley returned to the Red Sox the next year in a midseason trade with the Blue Jays, and he continued his hot hitting. 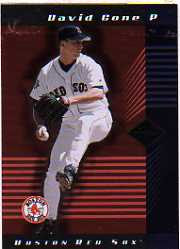 DAVID CONE
David Cone had transformed into a finesse pitcher while with the Yankees and won 20 games in 1998 and even pitched a perfect game. He had a horrendous year in 2000, losing 14 games with an ERA of 6.91. He left the Yankees to try to resurrect his career with the Red Sox in 2001. He went 9-7 with a 4.31 ERA and 115 strikeouts in 135.1 innings. A decent year, but Cone continued to have injury problems. 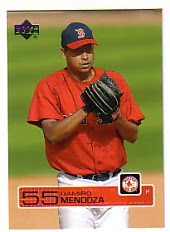 RAMIRO MENDOZA
Ramiro Mendoza was a big part of the Yankees bullpen for the dynasty years of 1998-2001. He left the Yankees for a free agent contract with the Red Sox in 2003 and spent two seasons in the Red Sox bullpen. Inconsistency and injuries were a problem for Mendoza. His ERA in 2003 was 6.75. He improved considerably in 2004 but was limited due to injuries and did not pitch in the postseason. He returned to the Yankees in 2005. 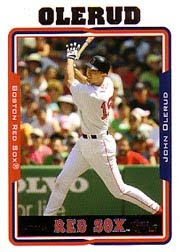 JOHN OLERUD
John Olerud was picked up late in the 2004 season by the Yankees, but he did not produce much for them. He was let go as a free agent after the season. The Red Sox picked him up in May to platoon with Kevin Millar at first base. Olerud played 87 games with the Red Sox and hit .289/.344/.451/.795 with seven home runs in his last hurrah as a Major Leaguer.
Posted by Metallattorney at 3:20 PM