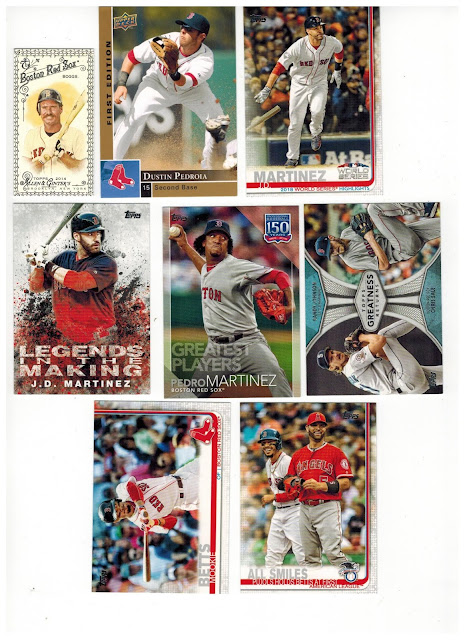 This was a small trade that mostly knocked some wantlist needs off.  There are not a ton of cards that are real exciting, unless you are a Red Sox collector.  I love the 150 Years inserts that the Pedro Martinez card came from and the insert with Chris Sale and Randy Johnson, two lefty strikeout machines, is pretty cool as well.  Otherwise, just a bunch of random cards here.
Posted by Metallattorney at 8:00 AM 1 comment: 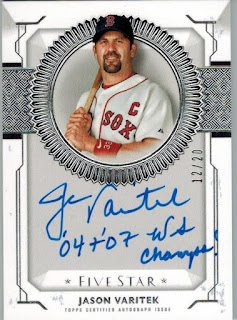 I talked about the cool inscription on my last Varitek auto.  This one blows it out of the water.  Coming from 2019 Topps Five Star, Varitek inscribed this with a reference to the two World Championship teams he played for.  Added to its rarity (numbered out of just 20), this quickly became a favorite card in my Varitek collection.
Posted by Metallattorney at 8:00 AM No comments:

Email ThisBlogThis!Share to TwitterShare to FacebookShare to Pinterest
Labels: varitek

Does Clemens Have a Cooperstown Shot This Year? 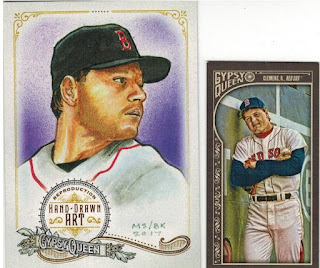 Current polls have him right on the line to get inducted this year.  I follow the ballots on Twitter and there have not been a lot that have been released to the public yet, but they look decent for Clemens's shot.  Now, it seems like the people who do not release their ballots publicly by and large are those that are anti-PED players, so it is likely Clemens will miss again, but if he is making progress, he could get in soon.  These cards came in a trade package and give me an excuse to talk about Clemens.
Posted by Metallattorney at 8:00 AM 2 comments:

This was actually a trade package that brought me a Varitek autograph that I did not have.  This is the 2017 Museum Collection Archival Autographs and it is a great card because Varitek also signed his uniform number.  That kind of inscription is a lot of fun.

I also got the J.D. Martinez relic, which is the first in my collection, and the Diamond King card of Betts that is in the design of the 1985 subset.  I still love Diamond Kings, and this looks great because the fact that there is no team insignia is barely noticeable.
Posted by Metallattorney at 8:00 AM 3 comments:

I am working on catching up the maildays.  I actually received this quite awhile ago, but it was a pretty good trade that knocked a bunch of cards off my wantlist, including a lot of lesser players, which I always appreciate. 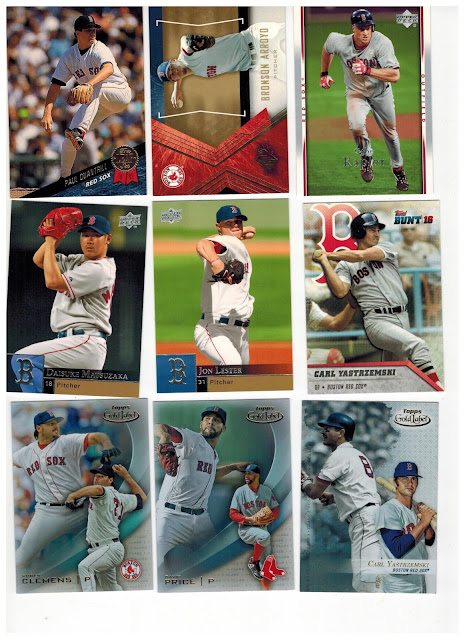 It is not too often these days that I get cards of players like Bronson Arroyo, Gabe Kapler and Paul Quantrill added to my collection.  These are cards I needed for a long time.  There are some newer ones thrown in too, like the Gold Label cards that include David Price. 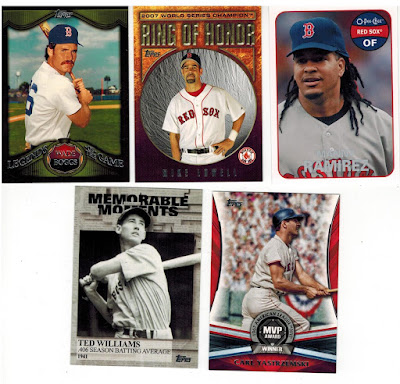 The second part of the package included a bunch of random inserts.  Unfortunately the Ted Williams is a duplicate, but the rest are new.  The Mike Lowell is fun because it is celebrating the 2007 World Series Championship.  Lowell was the World Series MVP that year.
Posted by Metallattorney at 8:00 AM No comments: 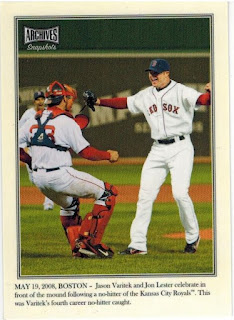 Hey, Jason Varitek has new cards in a few non-hit sets this year.  Here he is in 2019 Topps Archives Snapshots in an insert set.  You may be forgiven for thinking this was a Jon Lester card as he takes up a little more of the shot than Varitek, but this card celebrates Varitek catching the fourth no-hitter of his career, Lester's in 2008 against the Royals.  That would be a record.  Previously, he caught no-hitters by Hideo Nomo (2001, Orioles), Derek Lowe (2002, Devil Rays) and Clay Buchholz (2007, Orioles).
Posted by Metallattorney at 4:32 PM 1 comment: