I participated in the Archives group break with Nachos Grande a long time ago.  Sorry it has taken quite awhile to get the scans up.  I am generally pleased with the results.

Up first were the random cards and Chris added one of those weird Upper Deck fan packs.  I had one or two of these before so there were some duplicates.  Here are the new ones: 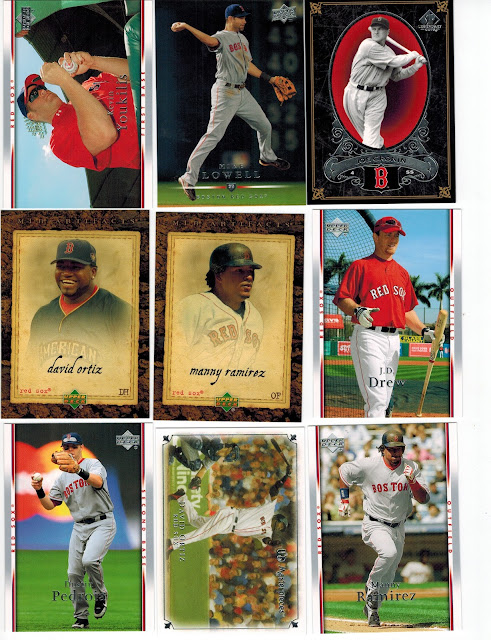 The Legendary Cuts Joe Cronin has silver foil instead of the gold foil found on the pack cards and the Masterpieces David Ortiz is a glossy card.  The others are just on thinner stock and are not noticeably different right off the bat.

And now for the break: 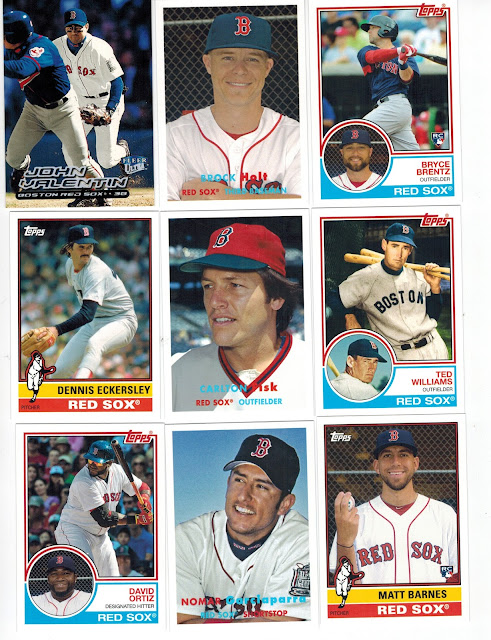 I love the addition of Brock Holt in the set, especially since he was Boston's lone All Star this season.  Eckersley, Fisk, Williams, and Nomar all make appearances, along with rookie cards of Bryce Brentz and Matt Barnes, 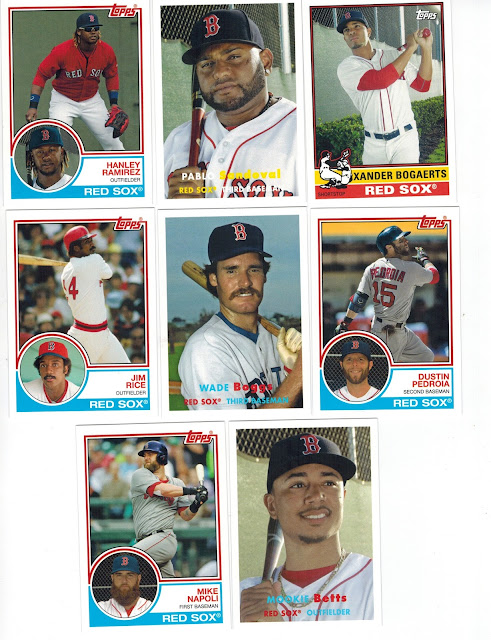 Here we have the rest of the base cards.  After the seasons Mookie Betts and Xander Bogaerts had, we will be seeing a lot of cards of them in the future. 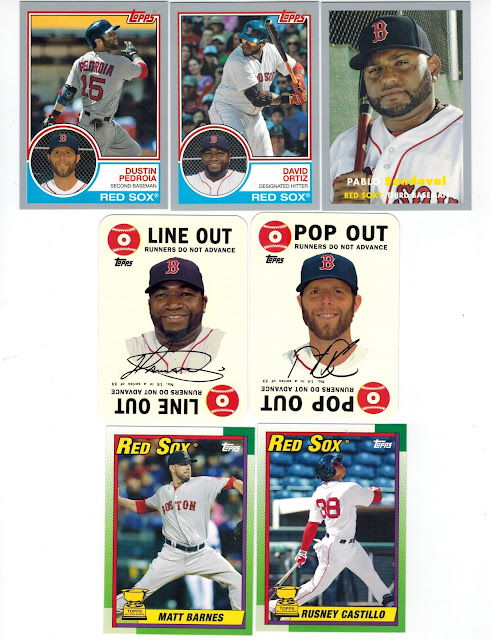 Here are the inserts and parallels.  I would have liked one of the rare short prints like Rick Ferrell, Bobby Doerr, or Rusney Castillo, but three silver parallels and four inserts are nothing to sneeze at.  Hopefully Pablo Sandoval has a better season next year.  I like him a lot but he was not good in 2015.  I am looking forward to the Rusney Castillo/Mookie Betts/Jackie Bradley Jr. outfield.  Teams will have to hit home runs to get a hit to the outfield.

Thanks for the break, Chris.  Sorry I was late in posting.
Posted by Metallattorney at 1:10 PM 2 comments:

I'm Back After a Long Hiatus

I grew tired of blogging for a long time and so I took a break.  It took longer than I expected, but I am going to try to work back into things.

These cards were picked up in June with my birthday gift card.  My birthday was actually in May, but it took awhile to decide to get anything. 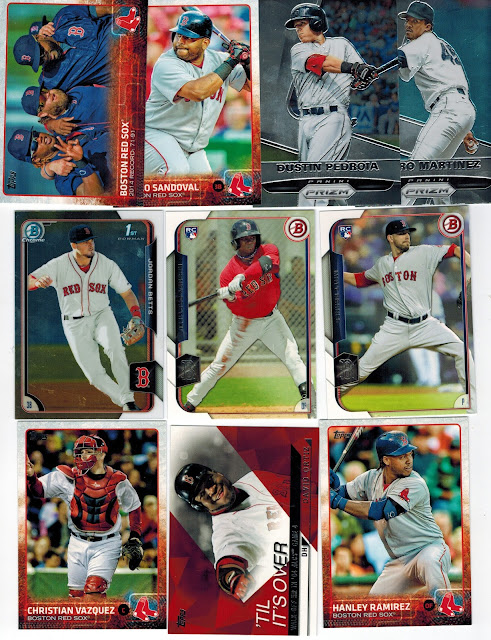 There is some decent stuff here.  A nice Rusney Castillo rookie card and a David Ortiz insert, but otherwise it is nothing terribly exciting.

I will be moving slowly to get caught up.  There are some pretty nice cards to show off in the days ahead.
Posted by Metallattorney at 1:04 PM 3 comments: