Last year I decided to go through and buy one new card of each player that I have named the Underrated Player of the Year, like yesterday's post.  I was not able to find a card I did not already have of two of those players.  I will get to that later.  I thought it would be kind of fun. 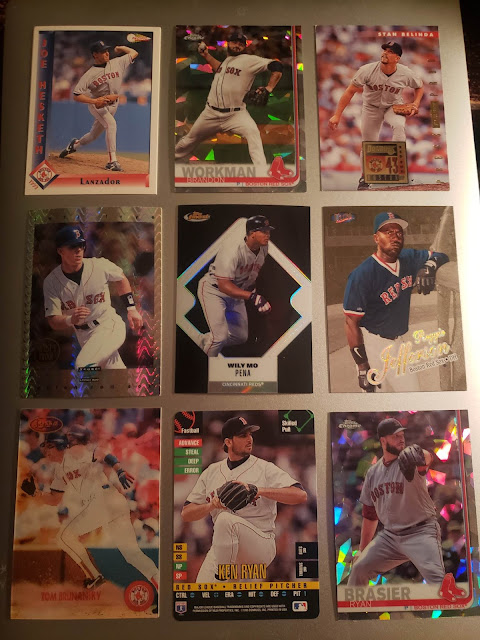 6.  Reggie Jefferson (1996).  In Jefferson's second season in Boston, he played in 122 games with 418 plate appearances.  He split time between designated hitter and left field, with some first base thrown in.  His bat was always promising and he broke out with a line of .347/.388/.593 with a career-high 19 home runs and 74 RBIs, also contributing 30 doubles, four triples and 67 runs scored. 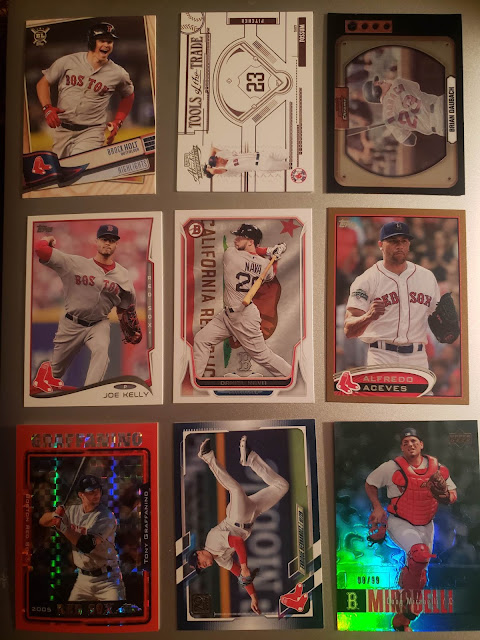 18.  Doug Mirabelli (2001).  After Jason Varitek's season-ending injury and Scott Hatteberg's inability to throw out runners, Boston acquired Mirabelli from the Rangers.  He played in 54 games, hitting .270/.360/.518 with nine home runs and 26 home runs and was adept at throwing out base runners. 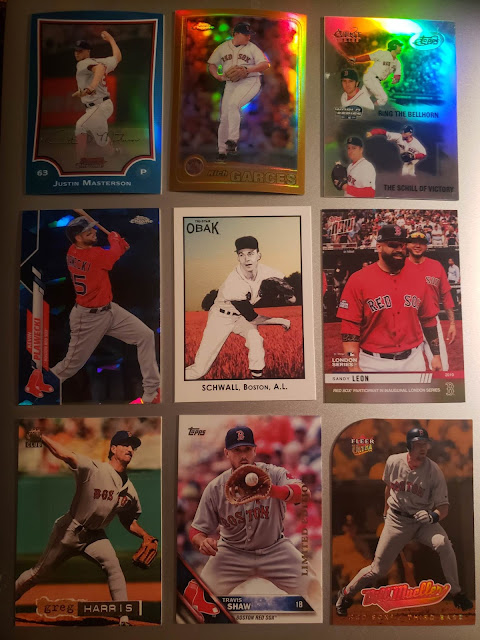 21.  Mark Bellhorn (2004).  Bellhorn led the league in strikeouts with 177, setting a then team record, but he had a successful season.  He hit .264/.373/.444 with 17 home runs as the team's second-baseman.  He walked 88 times, scored 93 runs and drove in 82 while also knocking 37 doubles and three triples.  Curt Schilling appears on the card as well, and Schilling has another shot at Cooperstown in a few days.

23.  Don Schwall.  Okay, this one doesn't fit in with the rest of the cards, but it is an oddball of a player who is not well-represented in my collection.  Schwall won the 1961 Rookie of the Year after finishing with a 15-7 record, 3.22 ERA and 91 strikeouts.  He was never as effective again.

Posted by Metallattorney at 9:49 PM

Email ThisBlogThis!Share to TwitterShare to FacebookShare to Pinterest
Labels: underrated player of the year