As I said recently, it is time to get caught up again.  I have a couple of jury trials in the next few weeks, so do not be too surprised if I do not post often right away.
Let's get moving: 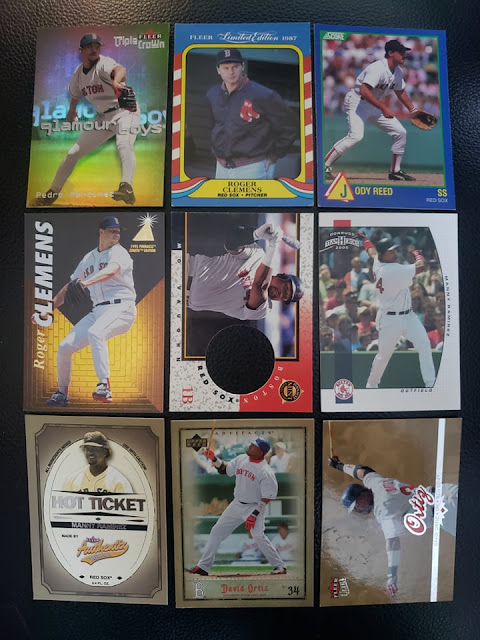 This package contained a lot of mid 2000's cards as well as a bunch of stuff from the '80's/'90's.  How else to explain the random appearance of Jody Reed?  I am more surprised that there were still Jody Reed cards I needed.  I was a pretty big fan of Reed in the early days.  The other cards in the first scan are superstar players like Roger Clemens, Mo Vaughn, Manny Ramirez and David Ortiz. 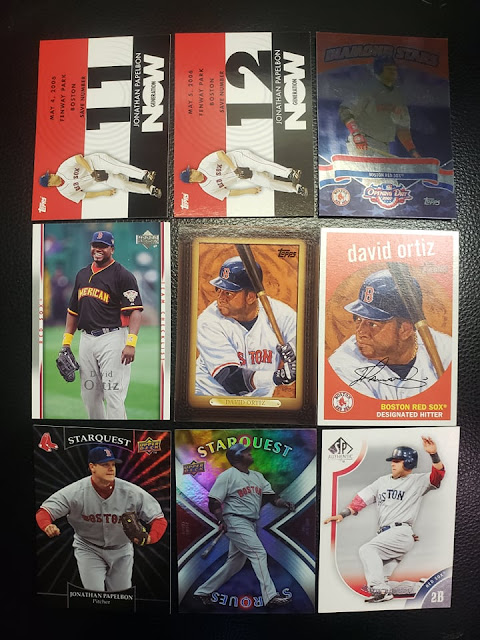 I still consider trying to find all of the Generation Now cards of Jonathan Papelbon.  Then I decide that is just way too many Jonathan Papelbon cards.  Here are a couple more.  David Ortiz and Dustin Pedroia also make appearances in this scan. 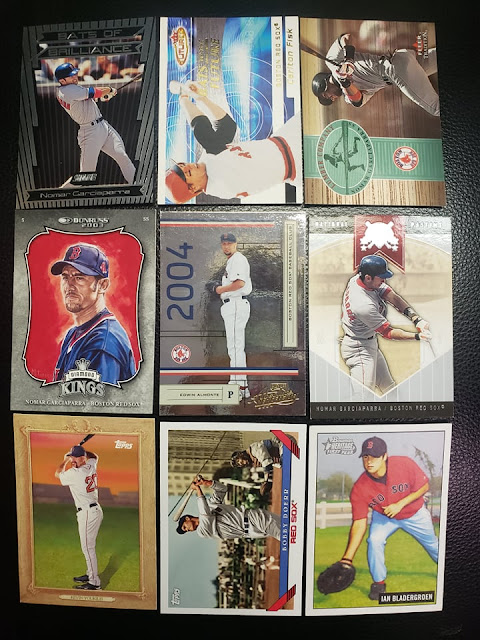 And here we have a bunch of Nomar Garciaparra cards, along with Carlton Fisk, Bobby Doerr, Kevin Youkilis and two players who never actually played for the Red Sox.  Edwin Almonte and Ian Bladergroen managed to have quite a few cards, despite never playing for Boston.  Almonte's Major League career consisted of just 12 games for the Mets in 2003.  Bladergroen, who was acquired in a deal from the Mets for Doug Mientkiewicz in 2005, never played in the Majors at all. 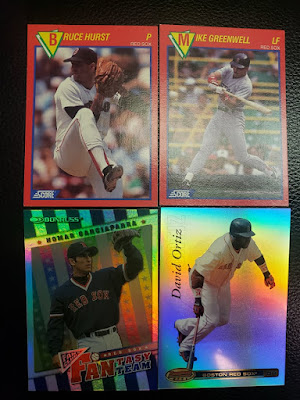 Finally, we return to the '80's for a couple of oddball cards of Bruce Hurst and Mike Greenwell, then close out with Nomar and Big Papi.  This was a nice mix of players.  Definitely star-heavy, but some surprise players as well.  All of the cards though, had been on my wantlist.
Posted by Metallattorney at 8:37 PM