I am going to work on catching up here eventually.  I have a LONG way to go.  Unfortunately, part of that is due to trying to get my scanner working again.  That does not seem to be happening though, so I am having to use my phone, which is not ideal.
Anyway, this is a trade package I received over a year ago at this time. 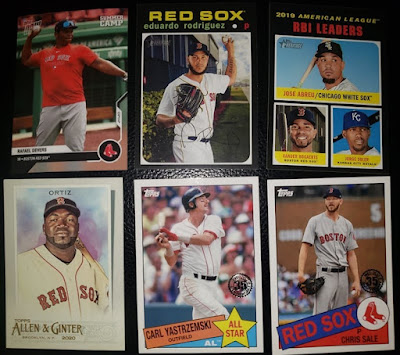 Here we have several current stars, along with Red Sox legends Carl Yastrzemski and David Ortiz.  The big card here though is the Topps Now Road to Summer Camp Rafael Devers card.  Is Devers or Bogaerts the current best player on the team?  I would argue Devers is the best hitter, but Bogaerts is the better player overall. 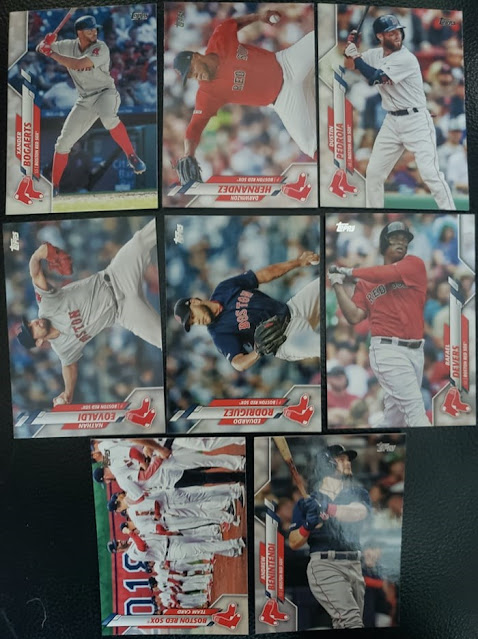 And this is a bunch of random 2020 Topps cards I needed for the team set, at the time.  The flagship set generally does a decent job of getting the non-stars included.  Nathan Eovaldi is probably a star now, but was not as high profile at the time.  Darwinzon Hernandez is the somewhat out-of-leftfield pick here.  Hernandez has done a decent job at times in the bullpen.  He strikes out a lot of batters, but also walks too many hitters.
Posted by Metallattorney at 5:50 PM