Underrated Player of the Year: 2020 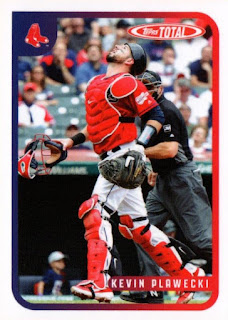 After a breakthrough season in 2019, Christian Vazquez was a lock to be the starting catcher in 2020.  The backup in 2019 was Sandy Leon, who was traded to the Indians prior to the season.  In order to make room for Leon, the Indians non-tendered their backup catcher, Kevin Plawecki.  Boston signed him to a deal to replace Leon.  It would have been cleaner had they been traded for each other, but it worked out and Boston ended up getting the better player.
Plawecki was previously known more for his defensive abilities, and he continued to play well behind the plate.  He made just a single error and had a 25% caught-stealing percentage, which was slightly below average.  What was surprising was that he ended up having easily his best season at the plate.  In 24 games in the shortened season, Plawecki hit .341/.393/.463 with five doubles, a triple, a home run, eight runs scored and 17 RBIs.  He had the highest average and on-base percentage of any Red Sox player with at least 80 plate appearances.
Plawecki is known for having a strong arm and that has led him to pitch several times in mop-up duty.  Prior to 2020, he had pitched in four games, twice each for the Indians and Mets.  He appeared in one game as a pitcher for Boston, throwing two-thirds of an inning, without giving up a run, while walking one batter.
After his impressive season, Plawecki was brought back to Boston to serve as the backup catcher for 2021.
Posted by Metallattorney at 9:26 PM

Email ThisBlogThis!Share to TwitterShare to FacebookShare to Pinterest
Labels: plawecki, underrated player of the year