The Greatest Triple Relic Ever

Probably not, but this thing is amazing.  Here it is: 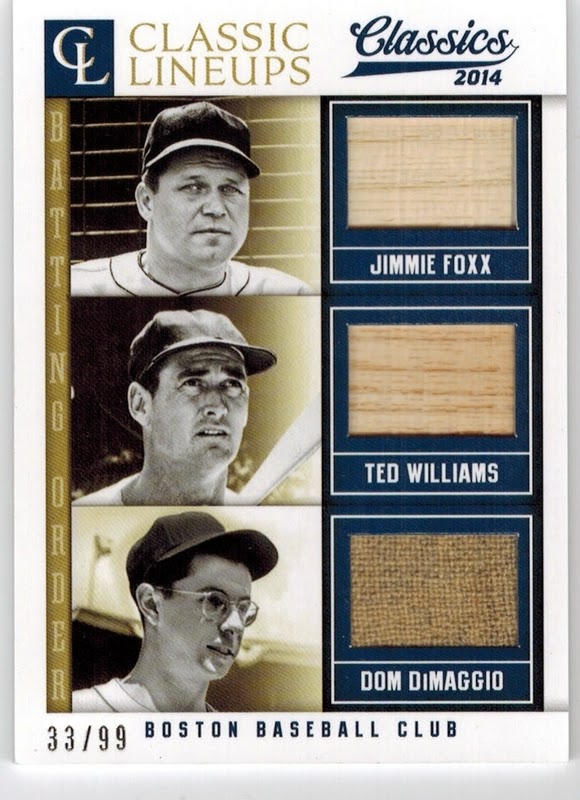 We have three Red Sox players from the early 1940's here.  Jimmie Foxx is obviously a Hall of Famer, better known for his time with the Philadelphia Athletics, though he does wear a Red Sox cap on his Hall of Fame plaque.  He did have a monster season in 1938 for Boston.  This is my second Red Sox relic for Foxx.  Ted Williams is the greatest hitter who ever lived and the greatest Red Sox player of all time.  This is my fifth Red Sox relic for Williams.  Dom DiMaggio lived in the shadow of his more famous brother Joe but was a very good player himself.  He has a Hall of Fame case that is mostly clouded by his service time in WWII.  This is my second Red Sox relic for DiMaggio.

Any one of these players would be exciting enough on their own.  Having all three on one card is amazing.
Posted by Metallattorney at 11:21 AM