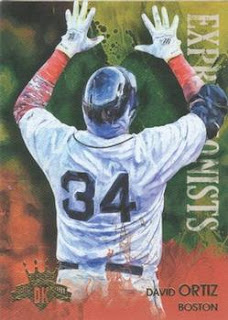 David Ortiz was elected to the Hall of Fame on his first ballot last night, garnering 77.2% of the vote.  I will have a bigger post about this later on, but just wanted to comment.  I am absolutely thrilled about this.  Ortiz was one of the most dynamic Red Sox players that I have seen and he has so many great moments with the Red Sox.  He was a part of three World Championship teams and was a terrific postseason hitter.  On top of that, he hit more home runs than any Red Sox hitter not named Ted Williams.  I may have to consider a trip to Cooperstown this summer.
Posted by Metallattorney at 6:09 PM

Email ThisBlogThis!Share to TwitterShare to FacebookShare to Pinterest
Labels: hall of fame, ortiz