I had some Ebay Bucks to spend, so I went a bit wild picking up random single cards that I really liked. 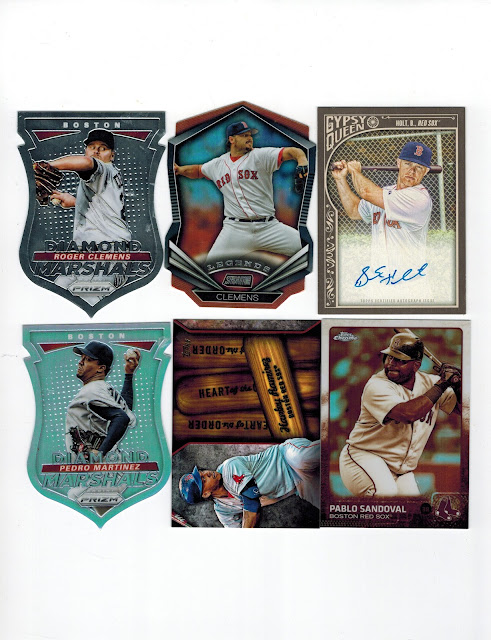 Roger Clemens had a lot of nice-looking cards released this year, including these two die-cuts.  He has also publicly stated that if he were to get into the Hall of Fame, he would want a Red Sox cap on his plaque which is different than some previous statements when he preferred to wear a Yankees cap.  Pedro Martinez is showing up a bit more often now that he is a Hall of Famer.  I went a little Brock Holt crazy recently. 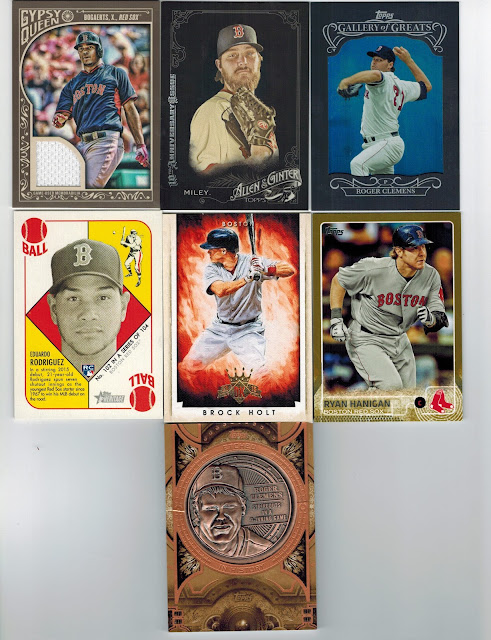 Here is another relic of Bogaerts, two more inserts of Clemens, and a Brock Holt.  There is going to be an avalanche of Eduardo Rodriguez cards coming next year.  He is a very good, young pitcher.  Ryan Hanigan makes his first appearance in my collection and he apparently owns the 2014 Westminster dog show winner, which impressed my wife immensely.  I love this last Clemens insert, a big heavy, metal card.
Posted by Metallattorney at 10:46 AM