Coming back from Thanksgiving weekend, my mail box was full of trade packages.  That was a lot of fun to come home to.  Most of the cards in the packages were from my wantlist, something I am focusing back on now that the Tzu-Wei Lin cards have dried up a bit. 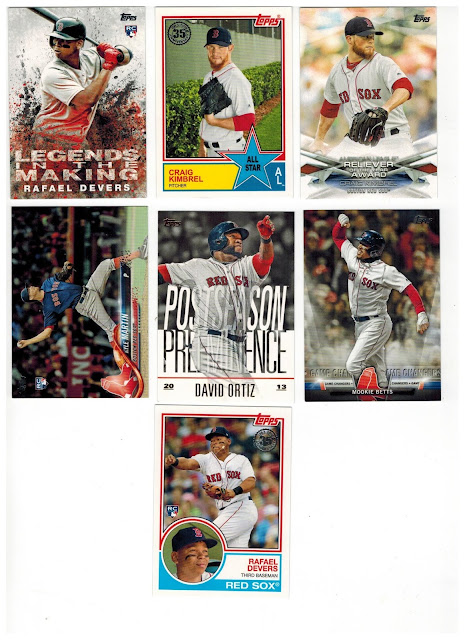 This package mostly included Topps inserts from this year.  Craig Kimbrel and Rafael Devers each show up with two cards.  Devers is likely to take off in my collection next year, while I feel that this is probably the last gasp for Kimbrel.  I also grabbed one of the Update base cards I needed, the forgotten Kyle Martin.  Somehow he got a card in Update despite not pitching in Boston at all this year.  I feel like they should have had Lin in the set instead, or maybe someone like Ryan Brasier who still does not have any cards. 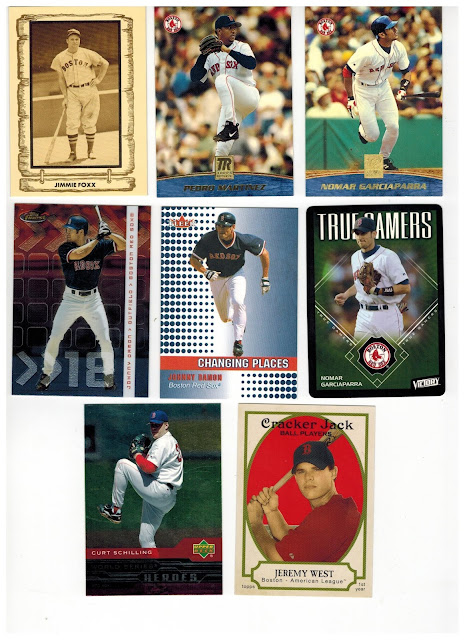 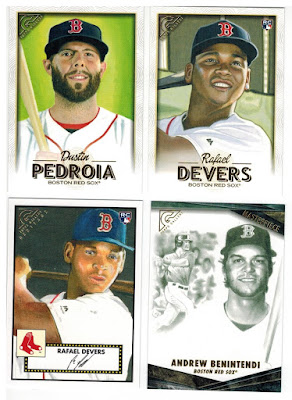 Here is a Topps Gallery-centric package.  I have resisted the urge to buy any packs of this as I am taking a break from pack-ripping due to the holidays and the lack of interesting stuff to buy.  I like the two base cards, but the Devers and Benintendi inserts are terrific. 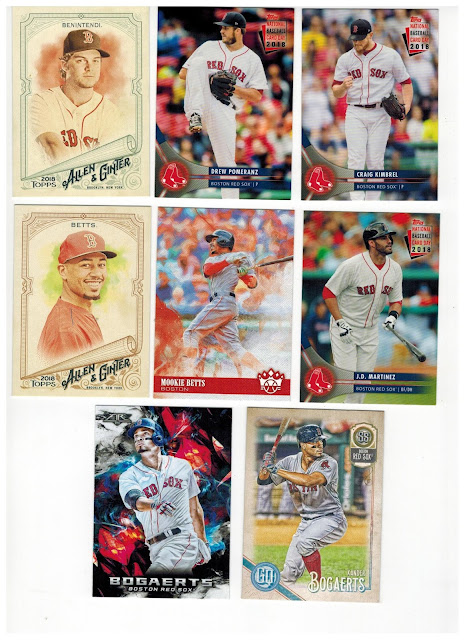 And this is the last trade.  The most interesting cards here are the Kimbrel, Pomeranz, and Martinez cards.  These are apparently from team packages from National Baseball Card Day.  I had no idea this was actually a thing, but each team had 10 exclusive cards in packs.  Apparently they did it last year too.  I had no idea.  Now I have to find them.

That's it for the mailday roundup.  There are still several more trade packages out there.  And more.
Posted by Metallattorney at 8:00 AM