Talkin' S.Mack About My Wantlist

Jimmy of S.Mack Talk recently contacted me about trading for some of my Opening Day mascots cards and some other stuff.  As those cards don't really appeal to me, I was perfectly willing to work something out.  It turned out that he had some of my wantlist needs and sent me the following cards: 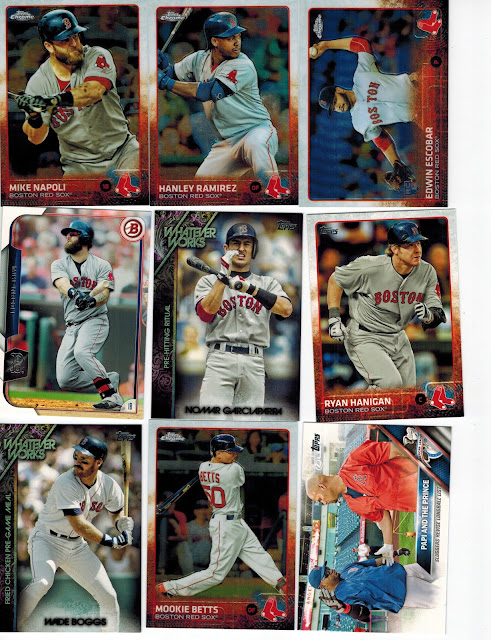 I really like the Whatever Works inserts.  Each one focuses on a player's superstitions or quirks.  Nomar Garciaparra of course had an odd routine before each pitch: tugging on his batting gloves, kicking the dirt, and much more.  I have known of a few people that absolutely hated his batting ritual, but I found it endearing.  The Wade Boggs card highlights his chicken meal before every game.  It says "fried chicken" but I don't recall it necessarily being fried.  I was aware he ate chicken before every game.  He also had some other eccentricities as well.

Thanks Jimmy!
Posted by Metallattorney at 8:00 AM