Several packages came in the mail recently and I decided to throw them together into one post.  There is a wide assortment of stuff here. 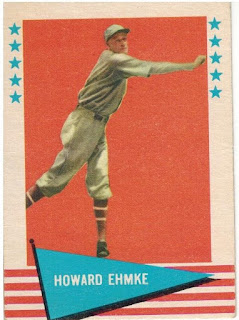 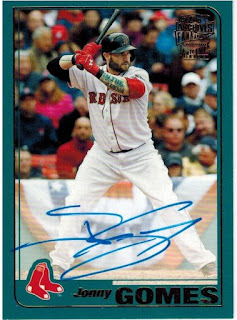 2019 Topps Archives Fan Favorites Autographs.  When I saw this on the checklist, I knew I needed to grab it.  It was between it and the Jerry Remy, though I was somewhat disappointed to see that the Remy was not from his playing days with Boston, which also would have qualified.  Gomes had several big moments in the 2013 World Championship run and will always be remembered for that season.  I do wish Archives would go back to choosing years that are more representative for the players on their Fan Favorites cards.  2001 makes no sense, this should be a 2013 design. 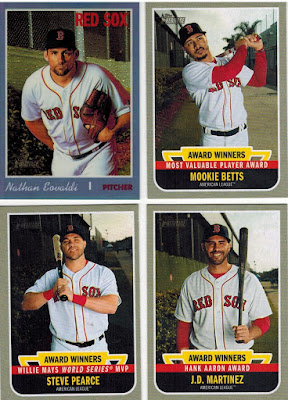 This was a trade for some needed inserts from Heritage High Numbers.  Up first is the purple chrome refractor of Nathan Eovaldi.  Eovaldi is having a rough season but was a huge pickup last year.  Up next are a trio of Award Winners.  Mookie Betts was the AL MVP.  Steve Pearce was the World Series MVP, going down as an obscure winner.  And J.D. Martinez won the Hank Aaron Award for best hitter.  He is having a monster season this year too. 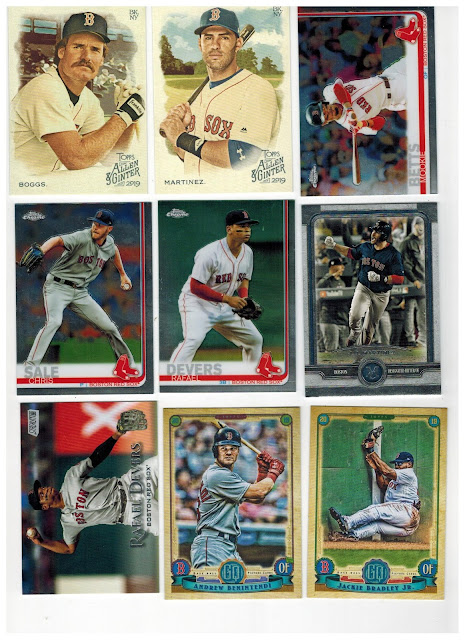 And finally, there is one big trade with mostly team set needs.  I love the JBJ card that shows the aftermath of an amazing catch. 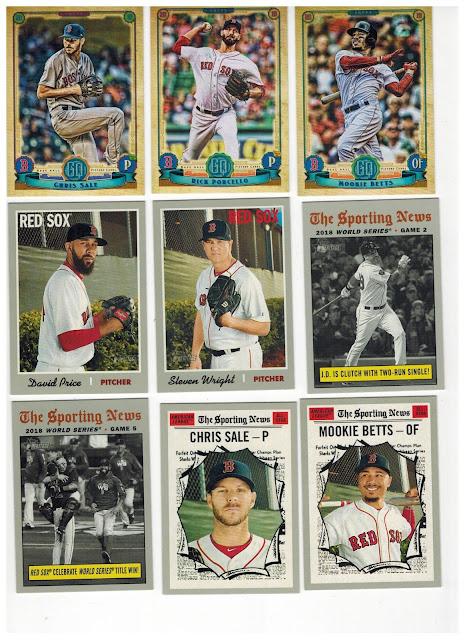 And more singles.  There are a couple of World Series highlight cards here, including the moment the team won the World Series. 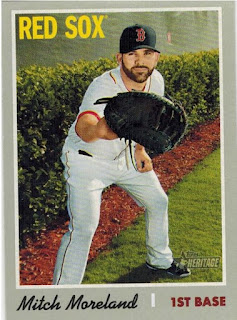 And last but not least, this Mitch Moreland card, which would not fit into the other scans.
Posted by Metallattorney at 8:00 AM