A Couple of Trades

Time to show off some more trade packages.  These two were fairly interesting in that all of the cards included were older wantlist needs, rather than new stuff.  The player selection is mostly the usual suspect big-time stars, but that is not really a problem.  Sure I don't really NEED more cards of Nomar Garciaparra, but I do have those holes in my collection. 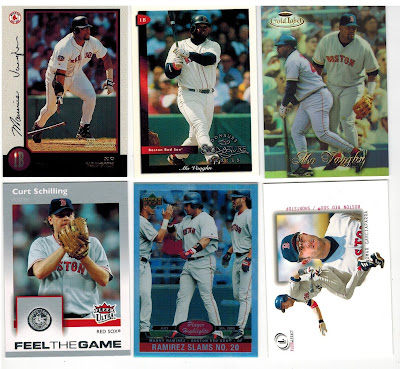 This first trade included three cards of Mo Vaughn that I still needed.  Vaughn was one of my early favorite players and I still enjoy finding cards of him.  How is it that he has not appeared as a Fan Favorite autograph yet?  The others are random cards of Curt Schilling, Manny Ramirez and of course, Nomar. 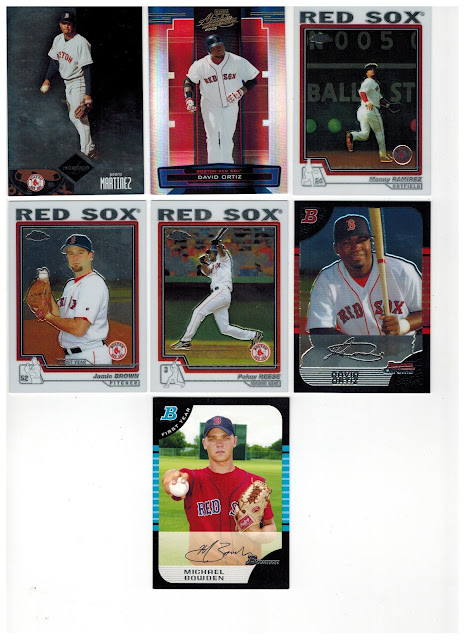 And here we have some more random cards.  This one features rare cameo appearances from Jamie Brown, Michael Bowden and Pokey Reese.  I was a big Pokey Reese fan during his brief time in Boston.  And I always had high hopes for Bowden, that just did not work out.  And then we have Manny, Pedro and David Ortiz.

All of the cards in these two packages knocked stuff off of my wantlist.
Posted by Metallattorney at 8:00 AM