Here is yet another Fan Favorites autograph, of former player and current broadcaster Jerry Remy. 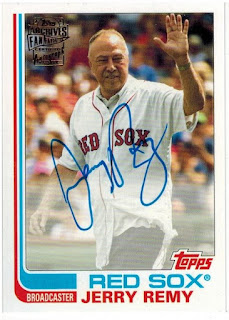