A Monster at the End

Here we have Part 1 of a two-part trade.  The monster is coming in Part 2 tomorrow.  Part 1 is a whole bunch of wantlist hits, including a bunch of prospects, at least some of whom may never end up playing for the Red Sox.

Here is the first scan: 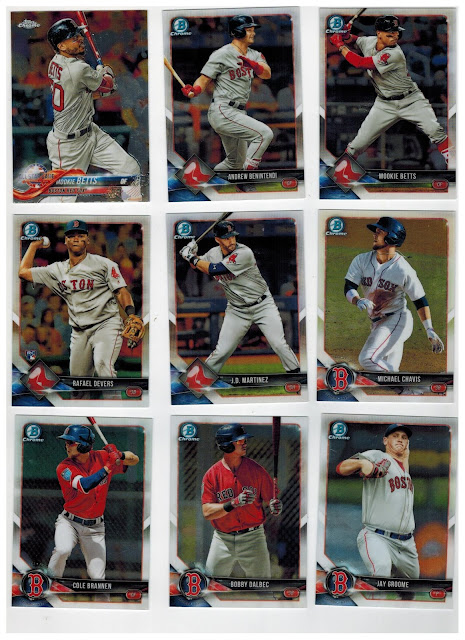 Of particular note in this scan is three of the Red Sox' top five prospects.  I expect Michael Chavis to be called up to Boston at some point during the season.  Bobby Dalbec is probably another year away with the possibility of getting the call late in the season.  Jay Groome needs to start showing some results after being a potential #1 overall pick a few years back. 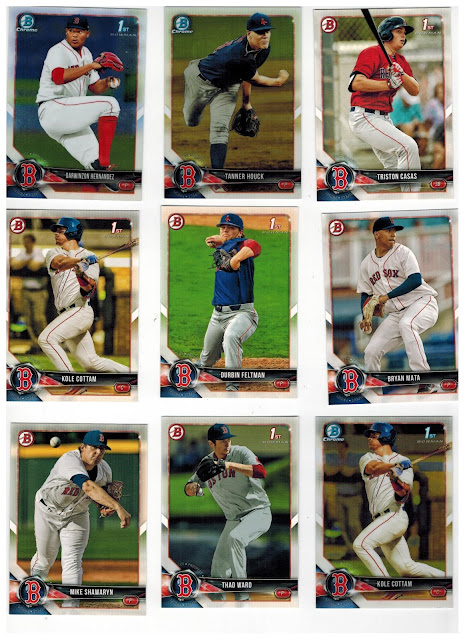 Here we have a number of pitching prospects who could make appearances in Boston at some point during the season, including Darwinzon Hernandez, Tanner Houck, Durbin Feltman, Bryan Mata and Mike Shawaryn.  Triston Casas was Boston's first-round pick last year. 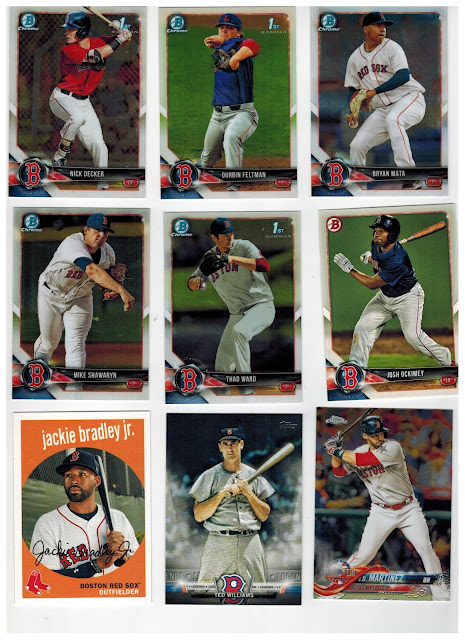 And here we have Josh Ockimey and some other prospects.  We also have a Hall of Famer and a couple of current stars. 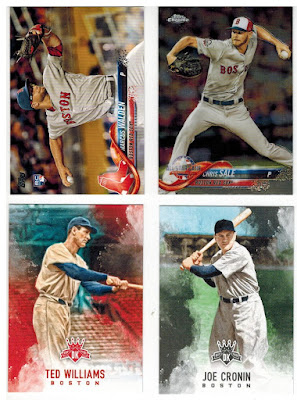 And here is the last scan for now.  Just wait until tomorrow...
Posted by Metallattorney at 8:00 AM