I received two very nice packages today.  In the first one, I picked up a number of nice inserts and parallels from a variety of years: 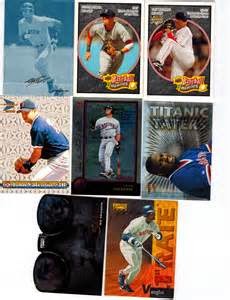 1.  2004 Leaf Exhibits 1947-66 Printed in USA Signature Second Edition Nomar Garciaparra.  Figuring out this set requires a ton of work.  You have to look at every single detail to work it out.  This is my second Nomar from this set.

2.  2008 Upper Deck Baseball Heroes Black Dustin Pedroia.  He is not having his best season so far this year.  Still a fantastic defensive second baseman though.

3.  2008 Upper Deck Baseball Heroes Black Clay Buchholz.  Speaking of not having his best season...  That no hitter seems like a long time ago.

4.  2000 Pacific Prism Slider Silver John Valentin.  This Prism set is one of my favorites.  I have all of the variations for Jason Varitek already but very few for any other player.

5.  1998 Bowman International John Valentin.  Valentin was one of my favorite players in the mid to late 90's.  Unfortunately his career derailed quickly.

7.  1997 Pinnacle Shades Mo Vaughn.  This does not show well in the scan unfortunately but it is likely my favorite of the Red Sox cards I received today.

The next package consisted of 2014 cards: 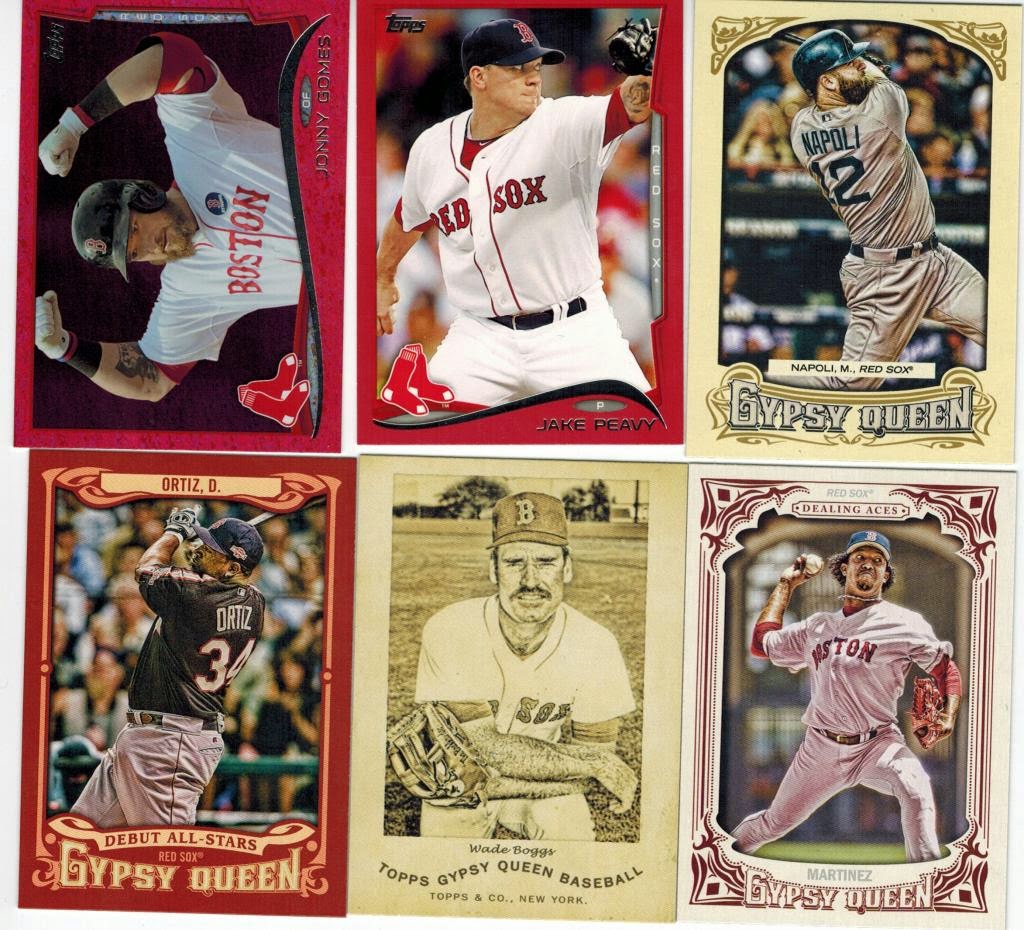 12.  2014 Topps Gypsy Queen Debut All Stars David Ortiz.  A shot of him in an All Star Game jersey.  Ortiz has been an All Star almost every year since 2004.

14.  2014 Topps Gypsy Queen Dealing Aces Pedro Martinez.  Pedro and Nomar are starting to show up in a number of sets this year.  Pedro will be a Hall of Famer next year (hopefully).
Posted by Metallattorney at 8:38 PM