Happy Birthday to Me

Well, technically I bought these yesterday, but today is my birthday and that is why I bought a 2014 Bowman blaster.  This one worked out better than they have been lately with four new Red Sox including Xander Bogaerts and Boston's newest uber-prospect: 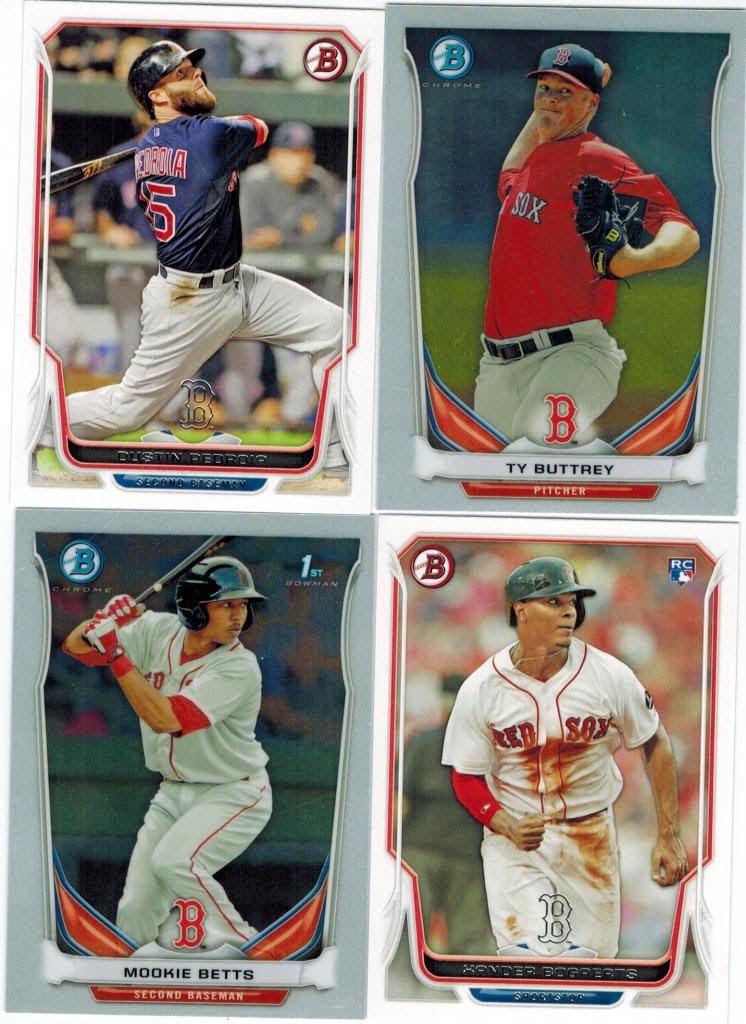 2.  2014 Bowman Chrome Prospects Ty Buttrey.  Buttrey has had a stellar start to this season in the minors and is emerging as a good pitching prospect.

3.  2014 Bowman Chrome Prospects Mookie Betts FY.  This is the next big prospect in Boston's system.  he has already shot to #1 on the Top Prospects list and is lighting up the league.  He will need to change positions if he makes it to Boston however.

4.  2014 Bowman Xander Bogaerts.  He usually starts slowly so this is not alarming.  His OBP is good, but his hitting has yet to really come around yet.
Posted by Metallattorney at 10:40 AM