...Yet I can't stop.  The influx of mail keeps coming, so I like to show it off.  There were two packages today, one which nailed down a number of desired Gypsy Queen cards, and a couple random cards from the turn of the millenium: 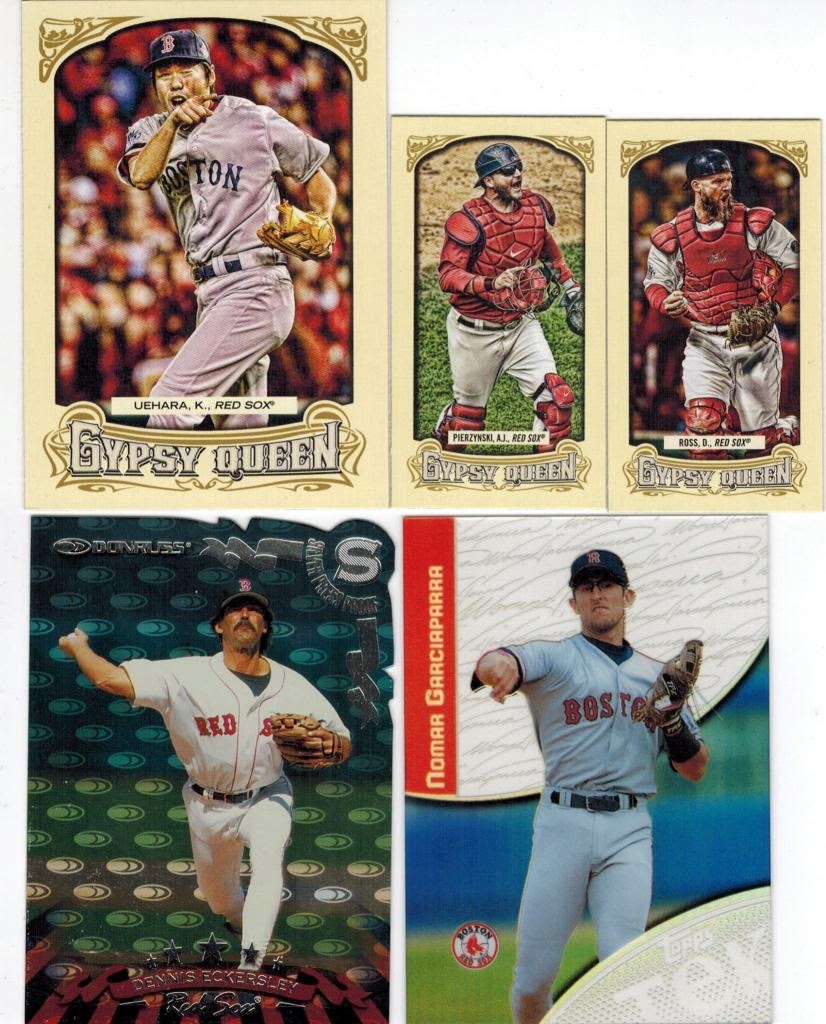 1.  2014 Topps Gypsy Queen Koji Uehara.  How can you not like this guy?  Koji always looks like he is having a blast.  He has fun playing the game and his enthusiasm is infectious.  Great shot here.

2.  2014 Topps Gypsy Queen Mini A.J. Pierzynski.  Yeah it's probably airbrushed, but a nice shot anyway of Boston's new #1 catcher.  He doesn't walk much, but he can hit.  A grand slam over the weekend put Boston in the driver's seat in Toronto.

3.  2014 Topps Gypsy Queen David Ross.  I was beginning to wonder if I would ever get a David Ross Red Sox card.  Thankfully Gypsy Queen came through.  Nice shot of "The Wolf", the nickname for his beard last year.

5.  2000 Topps Tek Nomar Garciaparra Pattern 8.  I love the Tek cards but I just never got as into them as I thought that I would.  I guess who needs 90 different patterns of the same card?  But now that my Sandy Alomar Jr. player collection is going strong again, I have focused on the Tek cards as my #1 priority.  It's nice to add the occasional Red Sox card too.  And of course the rules were a little different by this point.  I think there were a couple of different pictures used.
Posted by Metallattorney at 11:11 AM