Probably the Last Series 1 Blaster for Me

Yeesh.  I think I'm done buying packs of Series 1.  I have pulled tons of doubles, and just not that many Red Sox cards.  I have managed to pull just seven base cards and one insert so far, way off the mark with what I have pulled for other teams.  No idea why that is.  And it is frustrating.

So here are the Red Sox cards.  Technically I pulled three, but one was the Jackie Bradley Jr. card that I already owned. 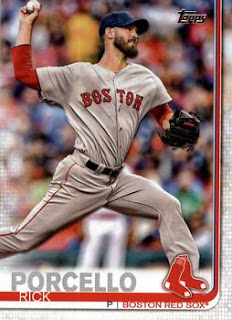 1.  Rick Porcello.  Porcello will likely go down as one of the more baffling Cy Young choices in recent years.  Oh well.  He is still just one of four Red Sox to win the award so far. 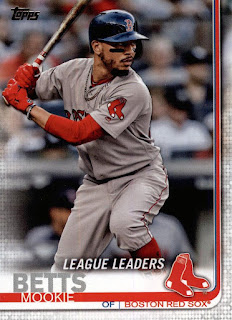 2.  Mookie Betts LL.  Betts is the first Red Sox player to win the batting title since Bill Mueller in 2003.  That is actually a very lengthy gap.  The Red Sox have had at least one batting title every decade since the 1930's.

Here is the tradebait.  If anyone wants something, let me know what you have for Red Sox. 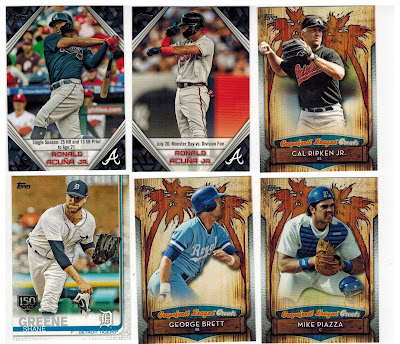 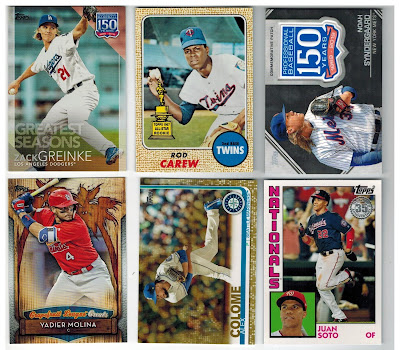 Once again, not a good showing for the Red Sox.

The Red Sox are falling well off the pace.  This is annoying.  Not sure how it is so hard to add cards of the reigning World Champs, but wow.
Posted by Metallattorney at 8:00 AM