I have been diligently checking Walmart every day this week for 2019 Topps and finally on Friday night I found some.  I bought a blaster and a jumbo pack.  I am starting the team-by-team breakdown over for the new year.  Hopefully, with the fact that the Red Sox won the World Series in 2018 the early returns will be pretty good. 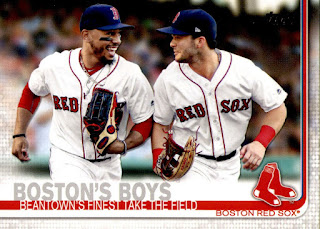 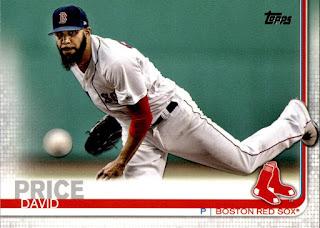 Price is the player I am the happiest for in winning the World Series.  He exorcised a lot of demons in coming through huge in his last three starts of the postseason.  I hope he can build on that success and finish his last four years in Boston at a high level.  Then, he might be looking at a Hall of Fame chance. 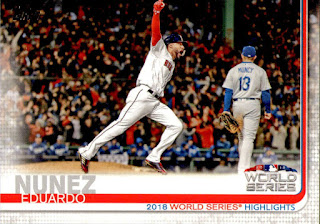 Nunez poured his heart and soul out on the field in the World Series and this was his biggest moment. 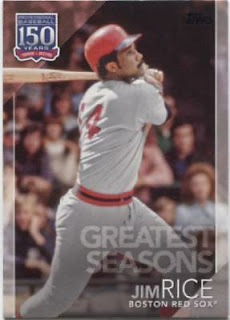 Well, at least I pulled an insert.  Rice is not one of the more popular Hall of Fame selections in recent years, but at least he is a better pick than Harold Baines.  I am going to go out on a limb and say that Rice will be the pet Red Sox retired player in Topps sets this year.

Here is the tradebait: 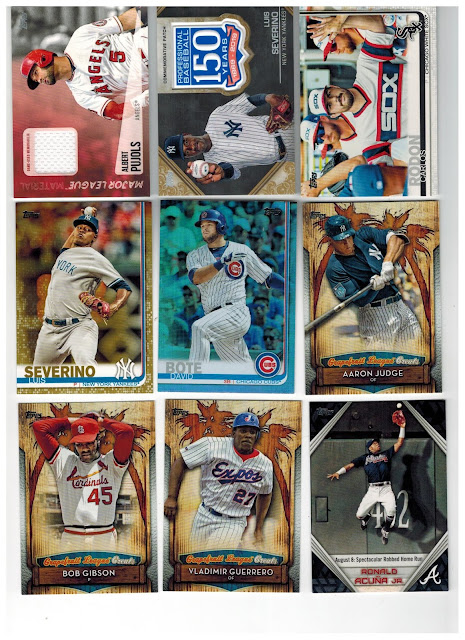 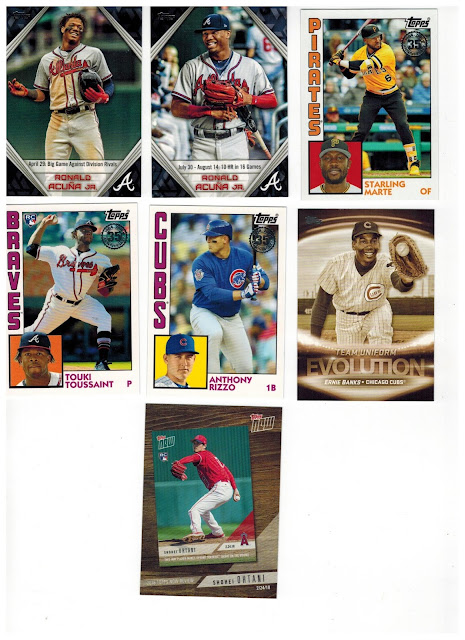 Nice pull on the Pujols relic.  That came out of the jumbo pack, so apparently I beat the pack searchers to the punch.  If anyone is interested in any of those cards and has Red Sox cards from my wantlist to trade, please let me know.

Well, that did not work out well.  Several teams received nine cards, with the Yankees of course being one of them.  Boston ended up with just four cards.  I thought they would do pretty well after pulling two in the jumbo pack but I only pulled two in the blaster, both in the same pack.
Posted by Metallattorney at 3:01 PM