These cards have been sitting on my desk for a little while.  They consist of two small trades, bookending a Beckett Marketplace order.  I have a couple of packages after that as well that I will get to.  There are also a number of other matters I would like to write about, including the Hall of Fame.

But, let's start here, shall we? 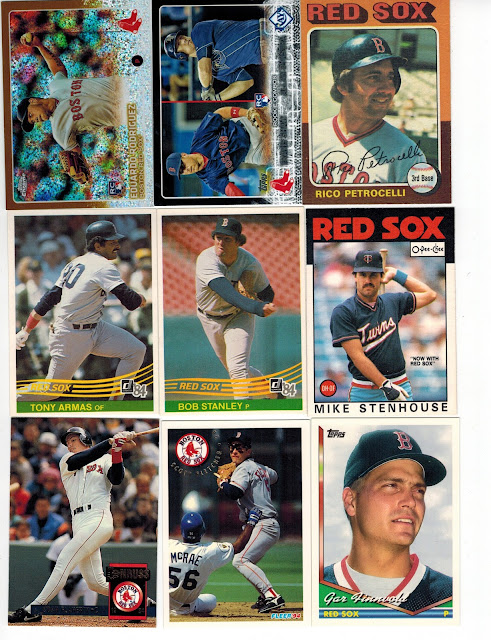 The first two cards in that scan make up a small trade, but both players made impacts at the Major League level last year.  Eduardo Rodriguez likely enters the 2016 season as a starter in the rotation after his impressive season last year.  Travis Shaw could be a Brian Daubach-like player, good for 20 or so home runs as a platoon player.

The rest of the cards in the scan cross off cards from my wantlist.  I love the Petrocelli card.  He, like Luis Tiant, is a player I really wish I could have seen.  The Mike Stenhouse is notable because this O-Pee-Chee card is the only Red Sox card available of him.  He played very briefly for Boston in 1986. 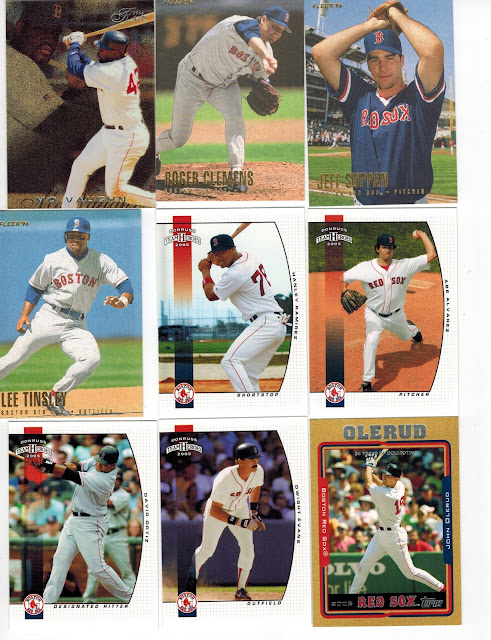 This scan features more cards from my wantlist.  Nothing really exciting until you get to the John Olerud card, which was the reason for buying the singles from the Beckett Marketplace.  I was supposed to get this gold card with an earlier package but they were out.  I wanted to add another Olerud card to my Red Sox collection, so I found this seller and then proceeded to go through and knock off other cards from my wantlist. 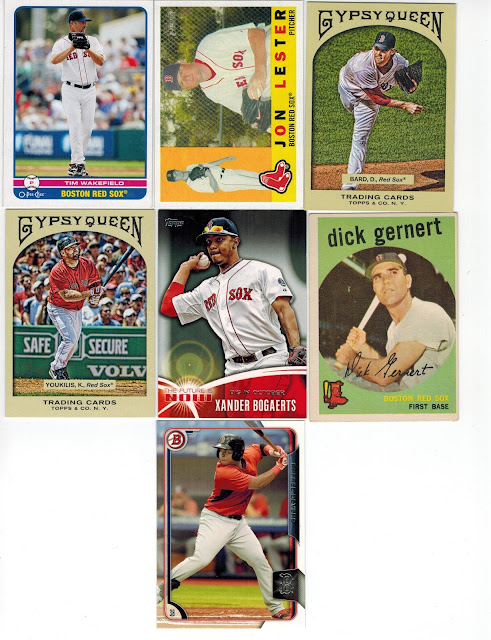 And finally, more from the same seller until you get to these last two cards, which came in another trade.  The 1959 Dick Gernert is notable.  Gernert had a few nice seasons with the Red Sox and had some home run power.  He was a bright spot in the 1950's.  I am still working on the 1959 Topps team set.  Rafael Devers is one of the more exciting prospects for the Red Sox right now, though Yoan Moncada is the biggest name.

That's it for this mailday.  I will try to catch the rest up soon.
Posted by Metallattorney at 6:08 PM