A Plethora of Paninis

I recently bought a whole bunch of Panini Red Sox singles from a guy on one of the forums.  A lot of the cards were ones that were listed on my want list, which made me feel pretty good.  I would still prefer Panini to have an MLB license, but these cards look pretty nice. 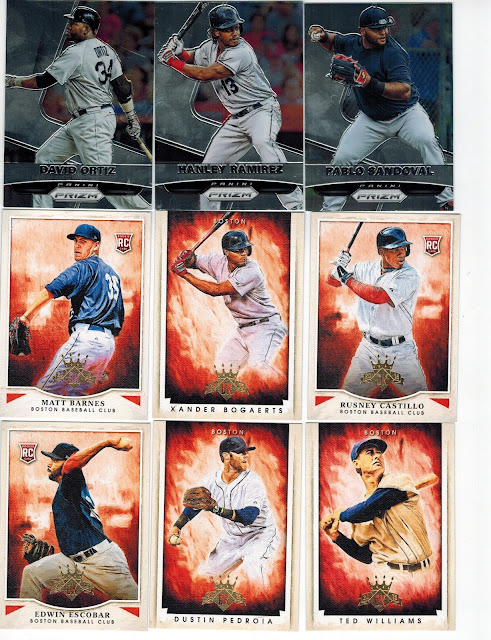 All base cards from Prizm and Diamond Kings in that scan.  I like the assortment of players in Diamond Kings especially.  Edwin Escobar and Matt Barnes make appearances, as does Hall of Famer Ted Williams. 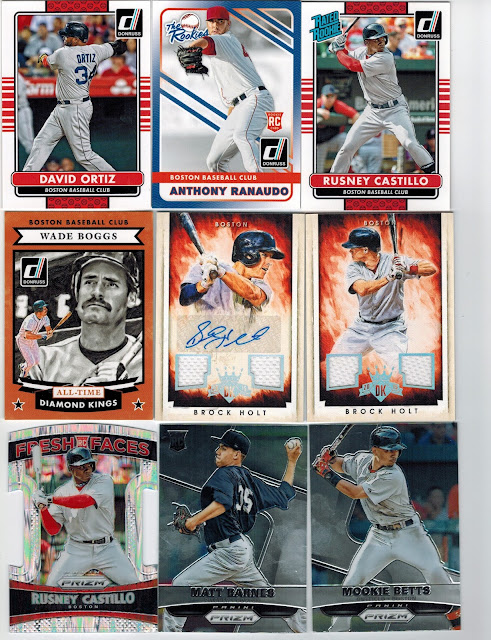 This scan mixes things up a little bit.  The Brock Holt cards are the major reason I pulled the trigger on this deal, but I love the die-cut parallel of that Rusney Castillo card as well. 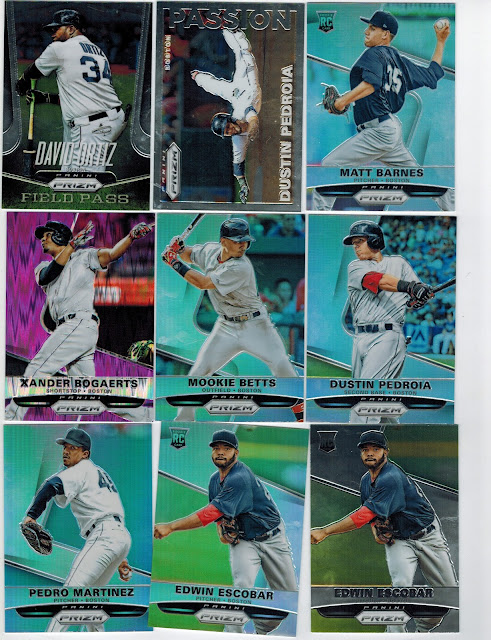 And here we have a bunch of Panini's versions of the refractors.  The Bogaerts is a particularly rare one, serial-numbered to just 99.  Edwin Escobar is getting pretty large in my collection for a player who has just two Major League games under his belt. 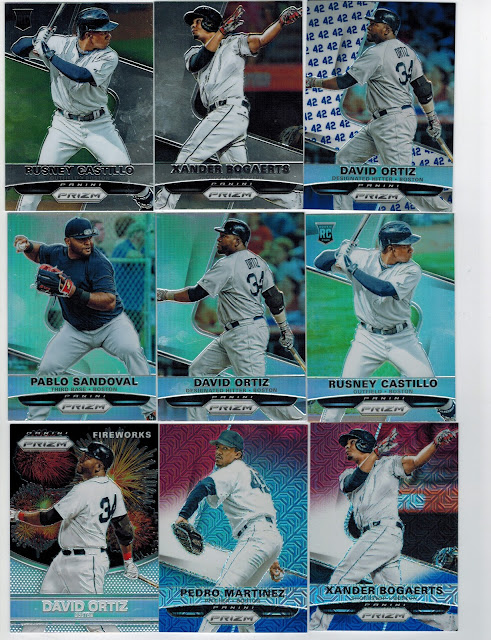 The Ortiz in the top row of this scan is a Jackie Robinson tribute parallel, hence all the blue 42s.  It is also serial-numbered to 42.  The Pedro and Bogaerts at the bottom are retail parallels.  All very nice-looking cards.

And we come to the end with more parallels.  And another Escobar.  There are more Escobar cards in these scans than innings he has pitched in the Majors.

I really liked this lot.  There were a ton of great cards here and a decent player selection too.
Posted by Metallattorney at 11:27 AM