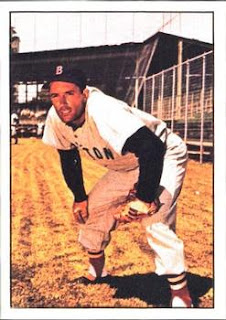 Jim Piersall, one of the most interesting players in Red Sox history, has died after battling a months-long illness.  Piersall was a terrific defensive outfielder, who had some pretty good years with the bat.  He was mostly well-known for his often bizarre antics, which eventually led to him being hospitalized with mental illness and undergoing shock therapy.  He has no memory of that time period but wrote a book about it, Fear Strikes Out.  Piersall used his experiences to bring mental illness to a wider audience, engaging in public speaking and charitable events.
Posted by Metallattorney at 10:59 AM