I bought a bunch of singles off of COMC a couple weeks back, which started off with me trying to grab some Christian Vazquez cards I still needed, and it kind of ballooned from there. 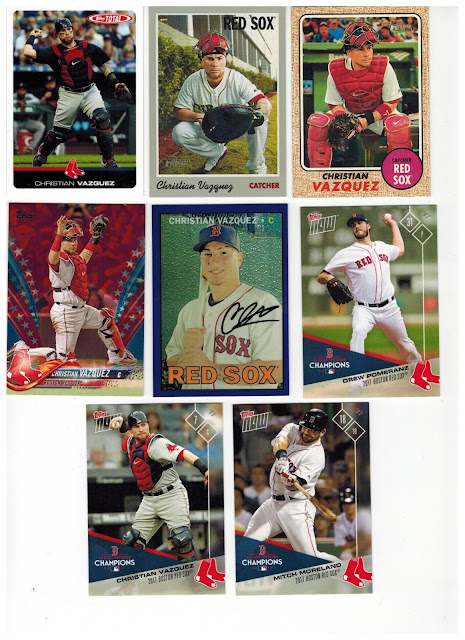 Most of these are not terribly exciting, though the Independence Day parallel is pretty cool.  I also grabbed some singles from the 2017 Topps Now postseason set.  And not just Vazquez either.  I don't know why I did not buy this set when it came out.  I grabbed some of the lesser players, the kind I like to try to get as much as possible.  In this scan there is Drew Pomeranz and Mitch Moreland. 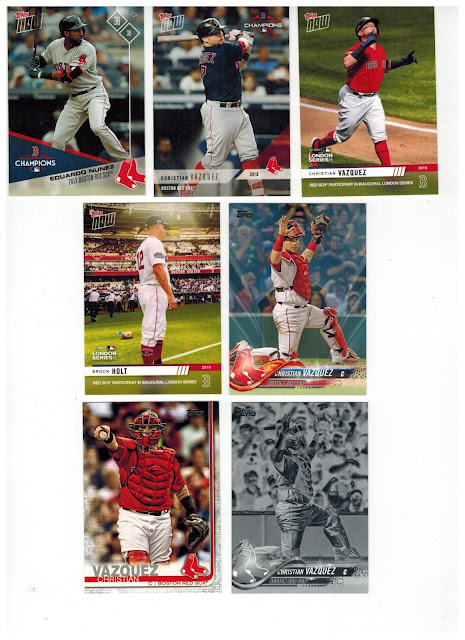 And in this scan we have Eduardo Nunez.  I also grabbed a couple of the Topps Now London Series cards, including Brock Holt.  I prefer to forget about this series personally.  And then there are a bunch of other Vazquez cards.
Posted by Metallattorney at 8:00 AM