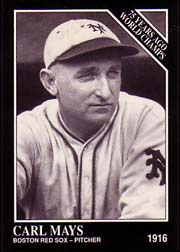 THE VERDICT: He is a borderline choice to begin with and the Chapman situation does not help.
Posted by Metallattorney at 4:25 PM